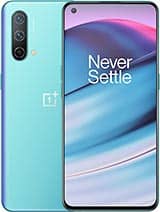 The Nord CE 5G from OnePlus caters to the lower end of the smartphone market. OnePlus claims that the CE in the name stands for Core Edition since the device is capable of delivering a core smartphone experience. The OnePlus Nord covers all the basics in terms of specifications and also has a 3.5mm headphone jack.

The OnePlus Nord CE 5G has a 6.43-inch AMOLED display with a hole punch for the selfie camera. It also has a 90Hz refresh rate. The display has good viewing angles and an in-display fingerprint scanner that’s quick to unlock. The smartphone is thin and weighs 170gms which makes it comfortable for single-handed use.

OnePlus has picked the Qualcomm Snapdragon 750G processor and has 6GB, 8GB, and 12GB RAM options. It is available in two storage variants but storage is non-expandable since it does not have a microSD card slot.

The Oneplus Nord CE 5G gets a triple camera setup consisting of a 64-megapixel primary camera, an 8-megapixel ultra-wide-angle camera, and a 2-megapixel mono camera. For selfies, it has a 16-megapixel. Daylight photos from the Nord CE were good but lowlight camera performance needed improvements.

OnePlus has packed in a 4,500mAh battery in the Nord CE which is capable of delivering over a day worth of battery life. It also supports 30W fast charging and comes with a Warp Charge 30T charger in the box.